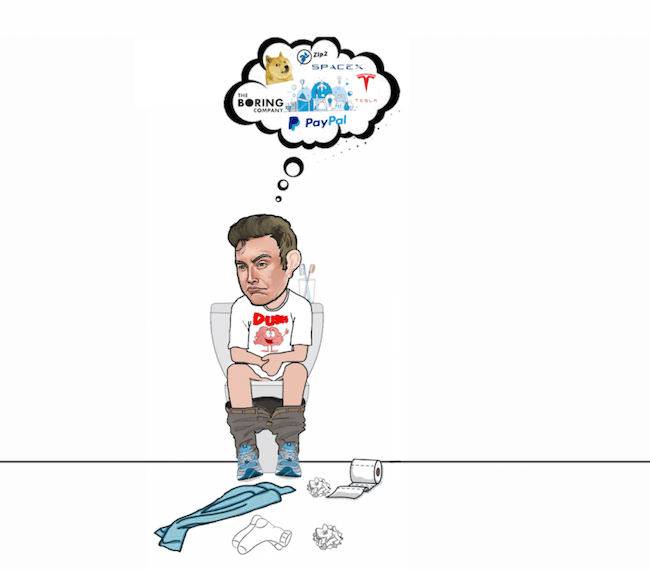 Why do we despise being called “dumb”? I know it might sound weird, but for some reason, I have always found the word aesthetically pleasing. It might be the way the word almost stays the same when you reflect it down the middle. Or maybe I just like how easy the word is to pronounce.

Dumb! Dumb, dumb, dumb! Try it. Doesn’t it sound like you’re banging a drum? Hey, what do you get if you push a drum, two idiots, and a cymbal off a cliff? Ba Dumb Dumb Tssss!

But hey! I looked it up, and it turns out it actually means “lacking intelligence.”
As in, “You lack intelligence, and therefore, you are dumb.” To be honest, I’d rather the former be used. I mean, the word “dumb” failed woefully at euphemizing a lack of intelligence. If I were smooth-brained, I would have completely missed the impact you were trying to make. Ironically, saying “you are dumb” seems kind of dumb.

Random tangent aside, take a minute and think about every dumb thing you’ve ever done. That’s right, just fill the gelatinous goop that is your brain chock full of everything dumb about you. Don’t fight it.

Aaah! Oh nooo! The cringe! It’s- It’s unbearable! It was a push door, not a pull door, you idiot! You absolute numb-skull.

And we’re back. Wow, that felt like an infinitely long cerebral overload filled with frivolous goofs and fatuous inquiries. That hurt. Kind of a lot. But I figured it out;  I had the eureka moment! “It’s not about the word, “dumb.” It’s how you let the word affect you!” I know, doesn’t it seem obvious?

Throughout your entire life, you’ve bought into this idea that you are an idiot, that you are something lesser than the “geniuses.” You’ve been tricked: Turned against yourself. You have let self-doubt build walls between you and your goals. You have allowed these walls to be reinforced by IQ tests and your high school teachers. You have labeled yourself by your class rank and let a stream of college and job rejections determine your worth.

You have perseverated on every failed joke, every awkward conversation (where you probably should have chosen silence), and every time your love went unrequited. You crushed yourself every time you did something that made you feel foolish. Every time you were “dumb.”

But worst of all, you believed them. They tagged you “dumb,” and desperately, you fought to prove them wrong. You thought that if you could change their minds, you would be able to bask in the euphoria of being “brilliant.” When you got it, when you did it right, you would be gratified. But you were wrong.

Every time you have managed to “get it, all of it,” the satisfaction you felt was fleeting. It slipped between your fingers, and you were reminded of all the reasons you are “dumb.” As long as you, deep down, believe that you are stupid, that you “don’t measure up,” you won’t be happy; you won’t feel like it’s ok to be yourself.

It is rare for someone’s worldview to change dramatically. The way the world sees and treats its “idiots” is unlikely to significantly change anytime soon. However, what you can change is how you see and treat yourself.

Erudition is not continuous. No one is a genius with every word, thought, decision, and action. As cliche as it sounds, everyone has their moments. Think about the biggest idiots you have seen on TV: Napoleon Dynamite, Mr. Bean, Alan from the Hangover movies. Don’t forget Harry and Lloyd; the film literally calls them “Dumb & Dumber.” These characters are the personification of “being dumb.” And yet, each one of them can accomplish their goals in the most inspiring and exciting manner. They certainly aren’t geniuses by societal standards, but maybe they had just enough genius to make it through life.

For that matter, all of the winners, the real geniuses, are people who took their spark of brilliance and put in the work to make it into something incredible.

Sounds like a joke, right? “Wow, I can live up to the guy that came up with the crapper! How inspiring! Lol “

But think about it. If Sir John Harington had never come up with the flush toilet, Neil Armstrong would have still been squatting over a hole. I’d say John deserves just as much plaudit as the guy who stuck a flag on the moon.

But then again, why should you listen to me? I’m just a couch potato. And a dumb one at that. 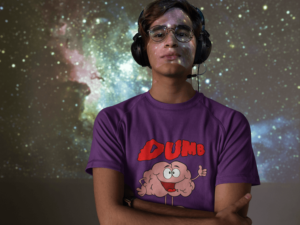 Couch Potato: Calling all the Slackers

Are you a simp? You’ll probably say ‘’no’’ or you don’t know, but if you flinched before you answere…

“There are idlers and idlers, who form a contrast. There’s the one who’s an idler through lazi…

I’ve always been an overthinker. Whenever I think about one thing it ends up splitting off into a mu…